I remember those sunflowers as they beat me on eggs. There, on that bridge, were nearly 5 people between the wheels. The left side was covered, between the two spare tires, so it hit into the right one. I was in a bulletproof vest - it protected me from small fragments. A young guy jumped to us, he was probably 18. He was hanging below, I grabbed his arm: "Youngin, I'll hold you, just hold on." I saw fear in his eyes and he shouted, "What will happen to us?!" What will happen to us?” And I look towards the woodland, 30-40 meters away, and they ram right on us. And I realized he was over and there was nothing I could do. And I told him that everything would be fine, I saw him to calm down. He calmed down and died instantly. I saw he believed me during those split seconds. 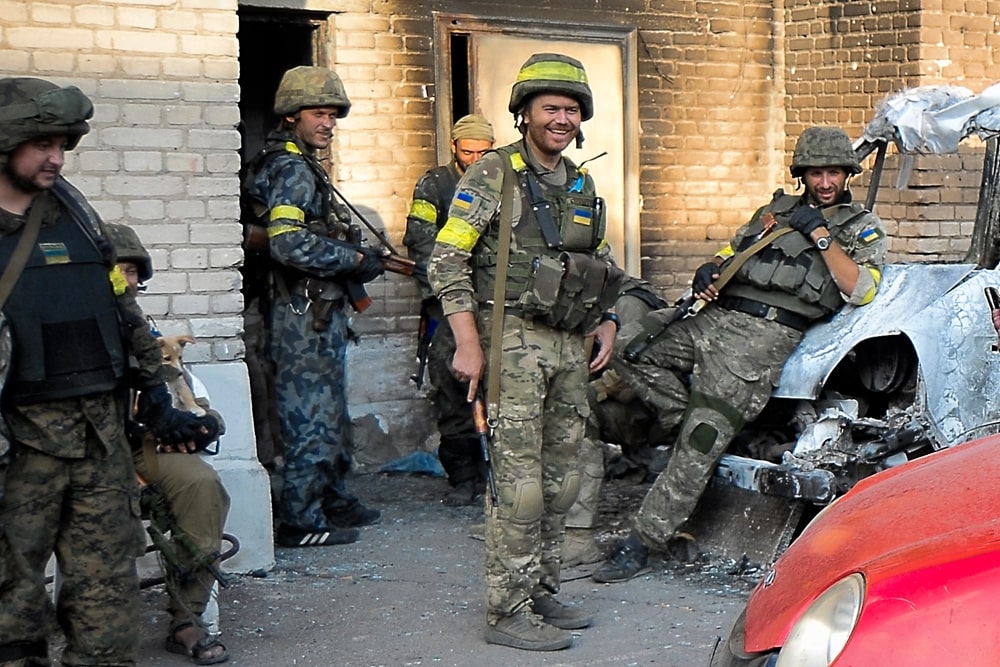 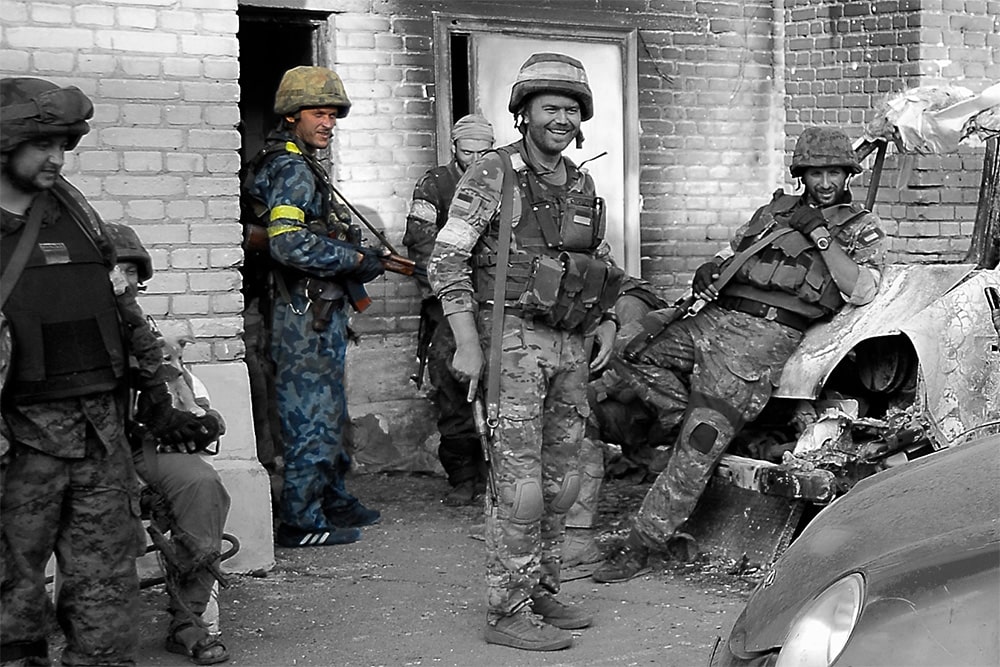 When they grabbed Crimea, I realized they would come to (my - Ed.) home, if not stopped. There were many people saying: "We will fight after they come here." "No”, I said, “guys, it will be too late." Then we will partisan. We were rushing through the field, and then came across a kind of a steppingstone, a hump from the field to the village. An APC was going behind us with a bunch of people. And the APC (falls) from this steppingstone, guys from this APC (fall) under the wheels, and another APC behind it, they squeezed the guys' like tomatoes – squish, squish. 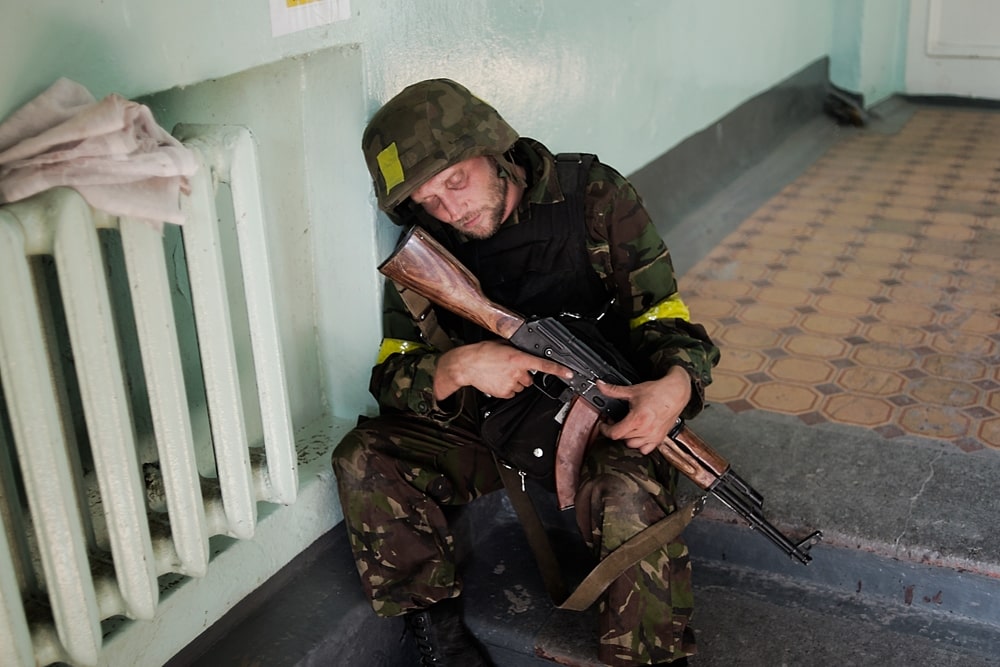 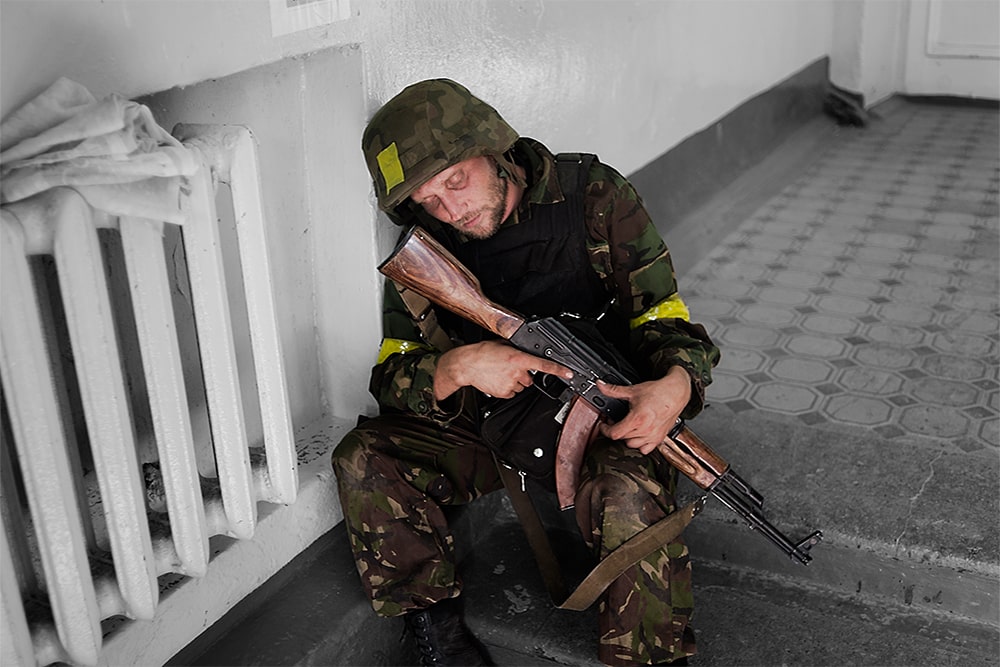 So we were told that we were leaving in Mariupol direction and there were already disturbances in Mariupol. When we were leaving, everyone was silent. The full bus of men, and the silence, everyone thinking of themselves. A young guy, a former police officer, sat next to me, took a loading case and tried to fasten it. I saw he didn’t know how to do it. He then asked me if I could show him. I was shocked. And before that Georgians just told us how to go into a room, how to cover each other, how to roll grenades. I realized there are many people on the bus who are probably holding the automatic rifle for the first time in their lives. 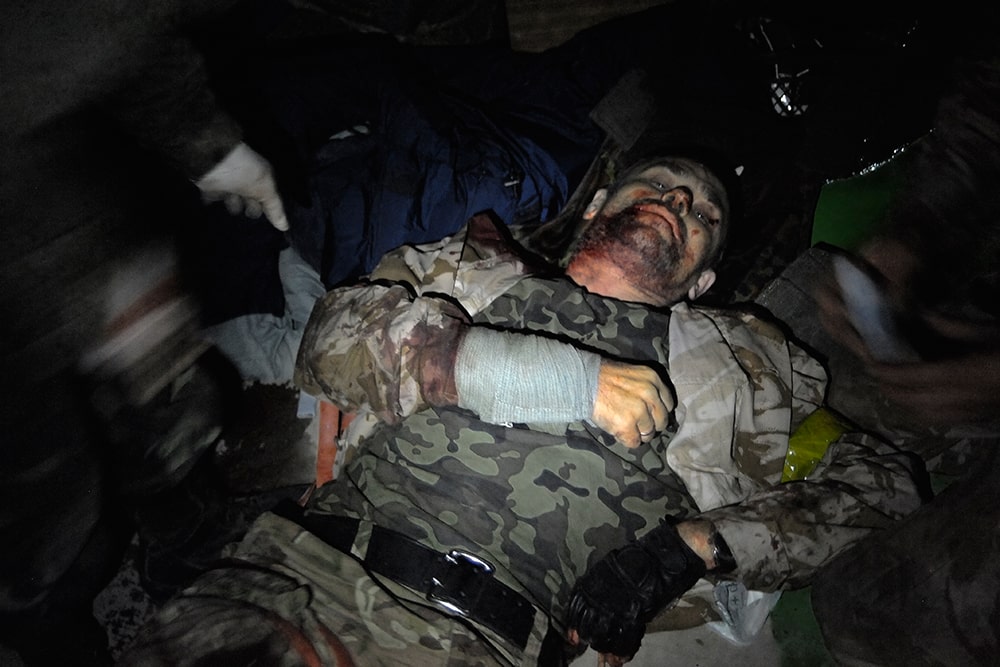 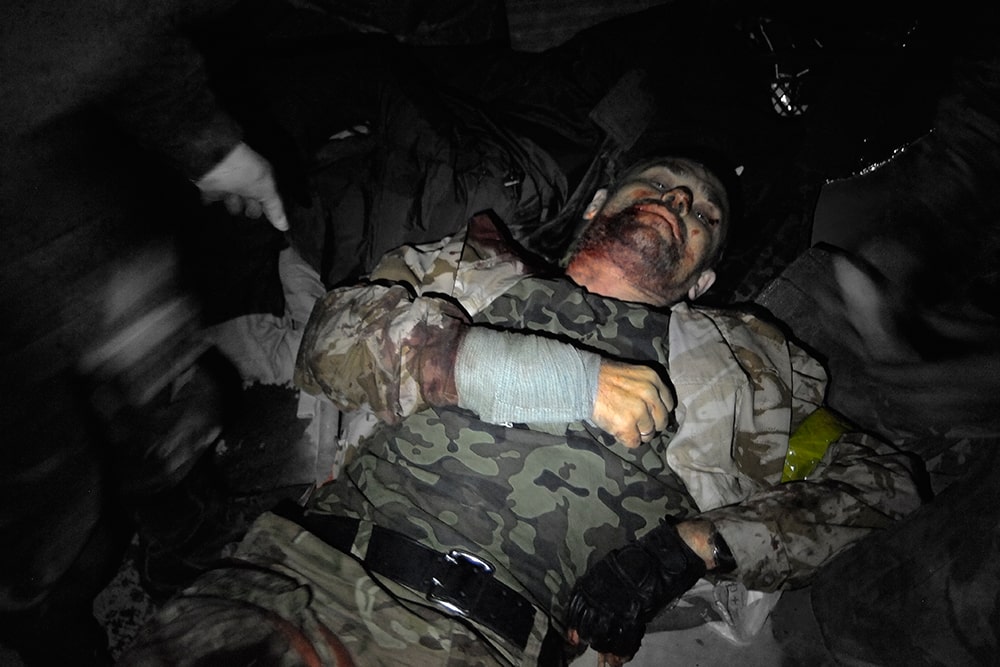 "No independence to any country was given without blood. We took this country back 23 years ago, now our task is to defend it. And one must pay for it in blood. Go, son." The worst thing about all this was that I promised my daughter to be with her on September 1, when school begins. During the time of my captivity, all these 4 days, I was blaming myself for having failed in my promise. She could not forgive me for a very long time. Probably, she is sulking because of me until now. We made peace though. When I left she was a child of nine, and when I came back, almost an adult girl visited me at Mechnikov (Army Hospital). I can only imagine how they lived while I was gone; Lena went to the hospital to identify by tattoos whether it was her husband or not. 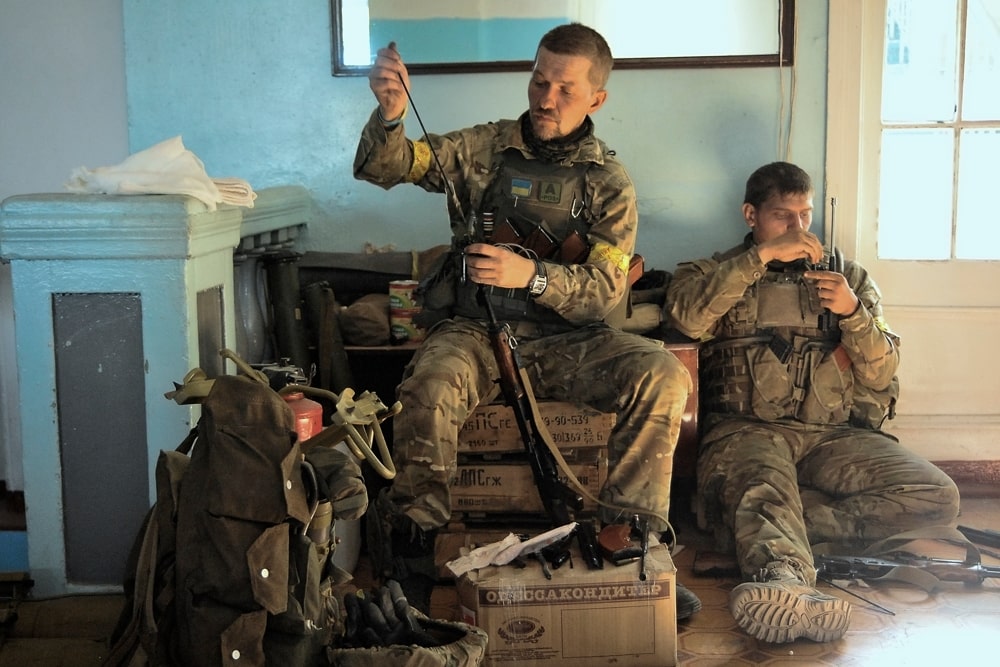 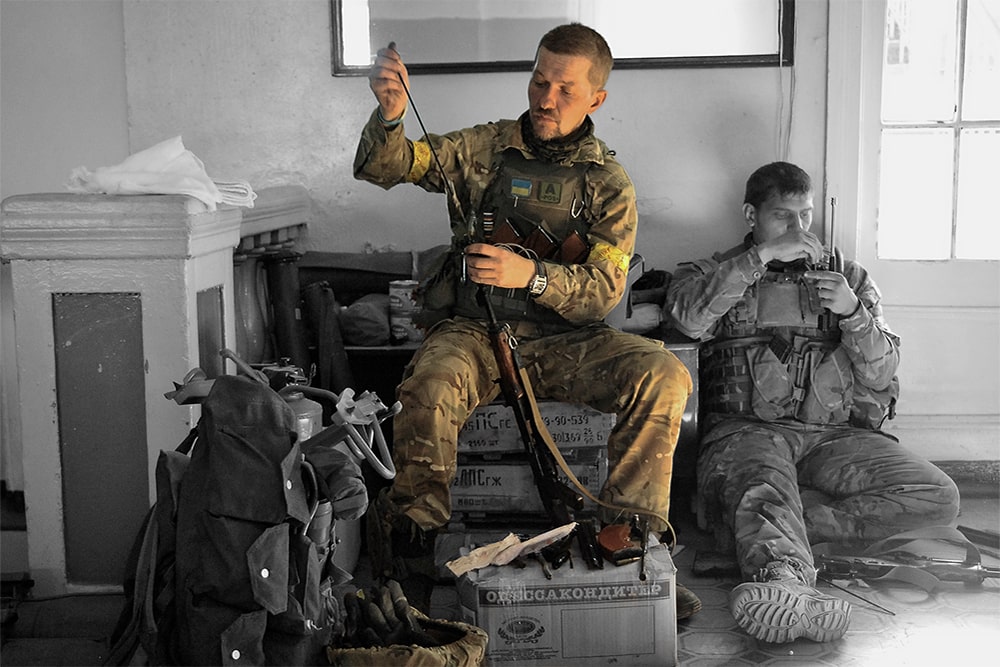 " And how could I keep away from the war when moskals came to my place? " And I caught three mines. The first one was when my finger was torn away, and trousers were in blood, I wanted to place some painkillers there. I was taking out the syringe, and here is the second mine: it broke my arm. I could not make the injection. I already even could not raise the gun. And when I was moving to the school with the broken leg, the third mine fell and there was a blast wave at my back. 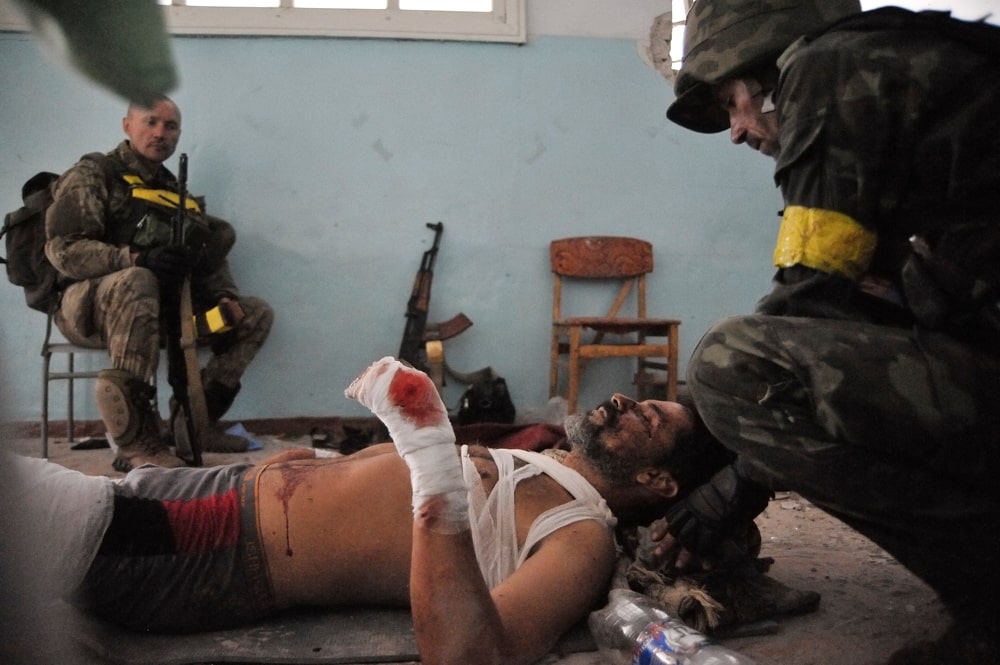 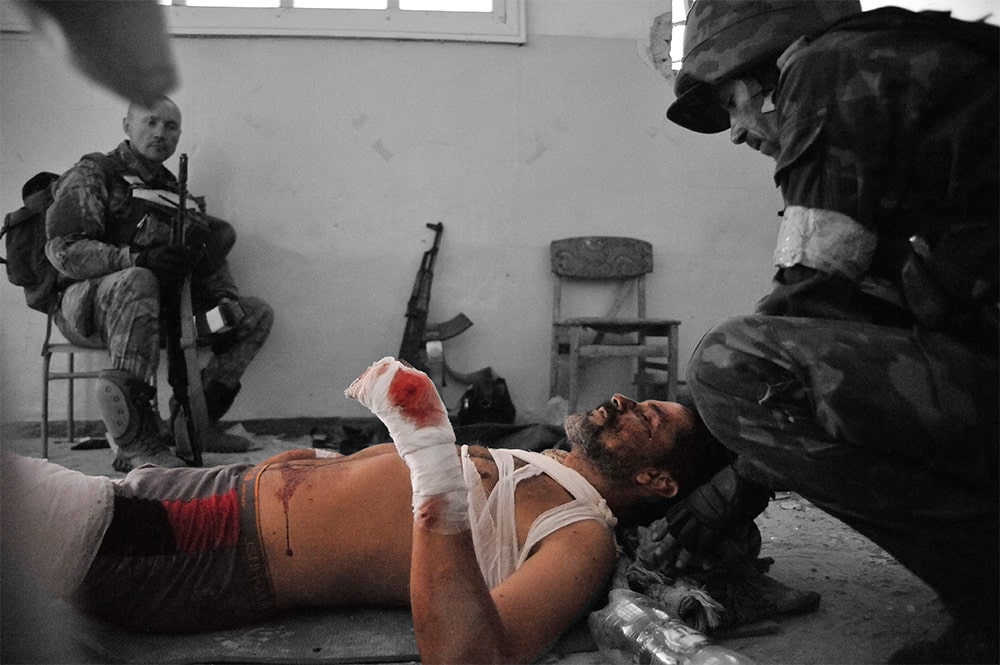